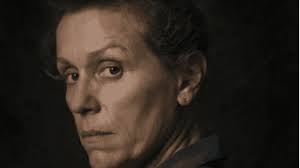 “Nomadland” might have been the top Oscar winner this year, but that didn’t quite prepare me for the experience of actually seeing it. Looking back, I’m not sure that anyone who had not seen it would have guessed what awaited them. And now, having finally seen it on VOD, I’m still not sure. But that’s okay. It does what many fine films do: stimulate thought.

It was written and directed by Chloe Zhao, which she adapted from a book by Jessica Bruder. We first meet Fern, seamlessly played by Frances McDormand. She is a widow close to sixty, more or less, who is leaving Empire, Nevada, where she had lived for decades, because the factory, its only real business, had closed. Once the town lost its zip code, she had no choice but to leave. She packed her few belongings and took to the road in a van she had refurbished to live in. She denied being homeless; only “houseless”, by choice.

The plot of this film almost defies description. Any single “event” doesn’t seem to be part of a story. At the last shot – of Fern back on the road in her van – I realized how little I still knew about Fern, or about the America she traveled in.

But I’m glad I went on this trip; it was a unique, often beautiful experience. The wide perspective views of the southwest desert landscape were often breathtaking. Repeated scenes of Fern’s amazement and pleasure in seeing it from her van, and, even more, her energetic walks over the rocky terrain, convey a sense of personal freedom that is infectious. The dialogue for all the characters is sparse and functional; but McDormand’s long, silent gazes make up the real story. McDormand’s intensity in those moments define her character for us.

And this is where I seem to differ from the critical consensus. The film is dedicated to those that America has abandoned and forgotten. Like Fern, they have become nomads, searching for a worthwhile life on the road, wherever they can find it. Fern meets many of them, of different races, and while most are fifty or older, they are still generally active people, often eager to find work. Like them, Fern enjoys working, but she is different in one important respect. They seem eager for each other’s company. Groups of them eat and sing around the campfire, go to local fairs and trade shows and, while initially wary, seem genuinely open to the idea of new relationships. 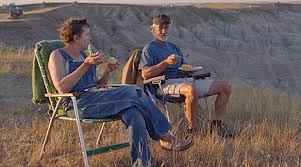 Fern is often eager to share their company…up to a point. Several times we see her hug someone, then stare impassively as they drive off into the distance. As Dave, David Sraithairn appealingly advances a wary courtship, which Fern accepts haltingly. She even visits him at his daughter’s home, after the birth of his grandchild, and is welcomed by the family. The door is open, in other words, but she sneaks off into the night. Then, needing money to fix her van, she visits her married sister after many years. Once again, an invitation to move in is offered, and refused. Resolutely, Fern explains that she can’t stay in that house, she can’t sleep in that bed. But, just as resolutely, she promises to pay every penny back.

We also sense this mystery about her in the film’s final sequence, the most powerful in the film. She revisits Empire, both the eerily vacant factory and her former home. She had lived there with her husband for some thirty years. We see her mourn for him tearfully. She acknowledges that he “took care of her”. But what was her childless marriage like? How did she relate to the community she lived in?

In sum, I had little sense that Fern had any more fulfilling a former life than the nomadic existence she fled into. This is less a story about an America that has betrayed its own people, than one about a very private person who refuses to be part of her own story. Her sister reminisces about what an intelligent and insightful child Fern was, so intimidating. She is still confused as to why she suddenly linked up with a man she barely knew and moved to the middle of nowhere. 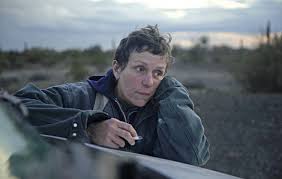 Fern bears a resemblance to Brady, the hero of Zhao’s previous film, “The Rider” (see review 5/27/2018) in that he was also driven by an emotional connection to the land, and nature. But Brady also had a more normal attachment to family and social intimacy, unlike Fern. Unfortunately, Zhao and McDormand seem to think they have presented a fully satisfying story about “America”. As I said, I was thrilled to join Fern in a near transcendental travelogue in the desert wilderness, but that’s it. And on that level, it’s enough.