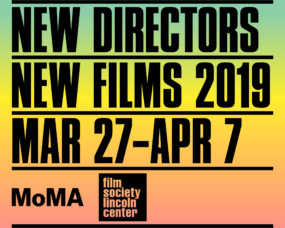 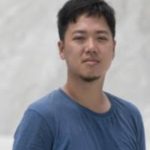 The film opens at a major land reclamation project, where the workers live under abominable conditions. When a truck is missing, the police are called in to investigate. The lead detective, Lok, played with disarming insouciance by Peter Wu, is certainly odd. He claims to dream about real people he’s never met, and thinks he’ll get clues that way. He learns that one worker, Wang, has disappeared. Sleeping in Wang’s cot, he sees the number of a game parlor written on the wall, which he visits. The manager, Mindy, played by Yue Gun, is a gamine sexpot with a cynical attitude, and Lok learns that she had a relationship with Wang.

Suddenly we are in a flashback to Wang, an insomniac who stays up all night in the game parlor. He injured his arm on the job, and drives a truck for the company with one hand, for less pay. On this assignment, he becomes friends with Ajit, a Bangladeshi worker. Like many other foreign workers, Ajit  is held captive by the boss, who holds their passports.

The flashback reveals that Ajit disappears, and when Wang investigates, he disappears as well.

Does he? Don’t ask me, I saw the film and couldn’t find the answers there. I tried dreaming for clues about it – like Lok – but that didn’t help either. While Hua has the ability to keep us hooked, and be tantalized by these mysterious but appealing characters, he shows much less interest in resolving his mystery story in a satisfying way.

At the Q and A, Hua said that he loves film noir. But noirs don’t usually fail to identify who did the crime, or make you doubt that there was one. Much more revealing is his naming Antonioni, the master of unsolved mysteries, as a major influence. If you can figure Hua’s film out, you should be able to tell me who won the tennis match at the end of Blow Up. And whatever happened to Anna? 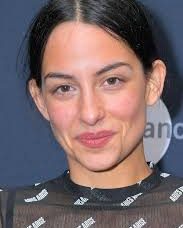 The other film, Share, directed by Pippa Bianco, is also skillful, with a serious perspective on a controversial subject. It has an original take on the problem, too.

It opens with a teenage girl, Mandy, waking up on her lawn, fully-dressed, but with no memory of how she got there. She remembered being at a party with friends the night before, but nothing else. In the shower, she notices unexplained marks on her body.

The film is uniformly well-acted, and Rhianne Barreto, as Mandy, is exceptional. We get to know intimately about Mandy, especially about what is important to her. She loves and obeys her mother and father, and protects her younger brother. She is a disciplined student. But, overwhelmingly, her life is defined by two passions: athletic competition, and her high school friends.

Even after the attack, she stays very competitive in basketball. A number of her friends are teammates. Her room has many photos of her in sporting events, along with her trophies and fotos of her teammates. But, with an almost equal passion, she is a party girl. She likes to hang out, drink, make out, sing and laugh with her friends. The crisis begins when, one day, a concerned friend sends her a video that has gone viral: amidst laughter, she is shown passed out on the floor, with one of her male friends pulling off her slacks.

The events that follow are painful for Mandy and her family, but it doesn’t develop the way other films on this subject have gone. While her parents, the police and the school are all pursuing justice with the goal of finding out who to punish, Mandy is tortured most by something else: she needs to find out exactly what happened. We soon see that the goal of justice is less important to her than that. And that the story will play out as the personal cost to Mandy, at the risk of losing her friends, as the price for finding out the truth.

The end of the film resolves the story satisfactorily, if a little too neatly, with Mandy alone in her room. She is forced to make a choice at that moment, and I, for one, believed it completely. It felt so right for the kind of person she was. But I can understand that others might not agree that Mandy made the right choice.

The script is refreshing in that people speak in an oblique, circumspect way, as in life, without obviously planted exposition, or dramatic announcements of  their “position” on one of the story conflicts. As a result, the scenes where the conflict erupts openly are more powerful. Especially in the scene where Mandy and her father, played by J. C. MacKenzie with skillfully suppressed rage, are confronted by the father of one of the boys at the party. It is raw and real.

But the most impressive part of the film is the cinematography by Ava Berkofsky. Using a narrow depth of field, with mostly darkly lit interiors, she captures the expressiveness and body language of the actors in close settings.

But something came out at the Q and A that surprised me. The director and star were both there, and Rhianne Barreto, who played Mandy, was asked how she responded to Bianco’s direction. She said that she was bothered, at first, that Mandy had to be so sad and tortured all the time, when she – Rhianne – is naturally high-spirited. But Bianco convinced her that her conception was right.

Actually, I think the actress had a point. The story begins right after the attack. That limits our view of Mandy’s life to the attack’s after-effects, when she is constantly burdened with doubt and shame. But couldn’t it have started a little earlier, with just a few more minutes of screen time? That way we’d see the Mandy that was free-spirited, popular and supremely confident. The contrast with what Mandy becomes later on, when she will have likely suffered permanent emotional damage, would be even more powerful. Just a thought.