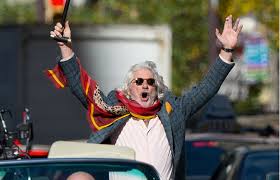 The sole entertainment value in Franny – a considerable one – is watching Richard Gere go to town in a bravura performance in the title role as a charismatic, sexy, charming multi-millionaire who desperately uses his money to atone for guilt in the deaths of his best friends, a couple, played by Dylan Baker and Cheryl Hines, who companioned him in his pleasure-loving lifestyle. The film begins with his reconciliation with their adult daughter, Olivia, played by Dakota Fanning. Now married and pregnant with her first child, she is returning to Philadelphia five years after her parents’ fatal accident. Partly in guilt because she feels she abandoned Franny, who was also badly injured, she also remembers the warmth of their previous relationship.

Gere never lets up in showing how this character dominates everyone around him. He is a man-child who feels entitled to their submission because he only wants to do good, and, more importantly, because nobody has ever denied him anything.  Franny not only gives Olivia’s husband a job, as a doctor in the hospital he built, but he gives the couple a gift of the house Olivia was raised in.

Franny’s biggest obstacle is the growing resentment of Olivia’s husband, Luke, played by newcomer Theo James with appeal and vitality. He chaffs at the demands of his benefactor, who is startled that someone actually refuses his favors. Matters come to a head, dramatically speaking, when Franny cannot get the drugs he’s come to depend on after the accident.

Gere must be given credit for keeping this leaky boat from sinking under its implausibilities. But the script gives poor Dakota Fanning no help in making her character credible. We can believe in Franny’s devotion to her, but Olivia’s motives are less clear. What, exactly, drives her to return to Philadelphia after starting a career and a marriage? Were there unresolved sexual feelings for the man she’d idolized since childhood? Surprisingly, the story just skips over this complex situation on its way to a contrived feel-good ending.

The bigger problem, however, is Franny himself. He never married, has no family and has a fortune that, apparently, derives neither from inheritance nor talent. Whether the legions of supporters who follow him around really like him, or just his money, is never seriously considered. As a result, Franny, for all of Gere’s dynamic energy, is just a shadow of a character.

There’s considerable skill evident in telling the story, however. Writer-director Andrew Renzi gives pace and fluidity to the action, and, with the exception of Fanning’s hopeless role, gets strong performances. To its credit, it’s always pretty to look at even while we wait for the story to make sense. I kept waiting for Franny to come alive for me as a person, to no avail. But the film only lost me for good when Franny was too stupid to know that you don’t go to a pharmacy to score painkillers in Philadelphia, you go to a cop. 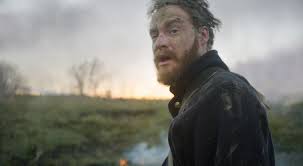 Men Go To Battle owes most of its conviction to solid, subtle performances from its actors rather than expensive production values. This is truly the Civil War on micro-budget. Director Zachary Treitz, who co-wrote it with Kate Lyn Shiel, won best narrative director of the festival, which I fully appreciate.

Francis and Henry Mellon are two brothers working a small, hardscrabble farm in rural Kentucky. We see early on that Henry is quiet, and maybe not too bright. Francis, on the other hand, is a loud, boorish braggart, but probably not as smart as his brother. But Francis is the prime mover in their lives; Henry just goes along. Times are tough, and Francis looks to sell some land, but Henry demurs. He shows no interest in changing things.

By the end of the film, their lives are totally different. Henry meets a young girl, Betsy (Rachel Korine), shows interest in her, but then walks away. He goes off to fight for the Union, but it’s not clear why. Anyway, he is stunned unconscious during a firefight, and wakes up to a field of the dead. He starts home, not even taking his rifle. He stays a night with a young woman and her children, she being alone while her husband is at war. Then he goes looking for Francis. He finds him at a dance, and is introduced to his brother’s bride, who was the girl Henry had flirted with before. Francis had sold some land, which put him into position to negotiate for a bride. Finally, after staying the night with them at the farm, Henry takes a few things, including some cash, and leaves before they wake up.

While this outline is sketchy – and I did find the continuity and details confusing at times – there is a lot of substantive context in this simple story. The characters all live within the values of their time. No political issue is ever raised; it’s just not important to anyone. All women are property, they know it and hope for the best. Nothing is as important as family, and brothers are expected to support each other. That’s why you don’t complain when your brother is cruel to you and cheats you. The only thing you can do is leave.

The arc of the story is Henry’s growth towards independence. But along the way, we witness a lifestyle that was the chosen path for most of this country. This modest film illuminates an era because it shows how traditional values can be embedded, deeply, into the character of a nation. It succeeds because its people are particularized. Their goals are shaped, and shared, by others in their community. The Civil War is just an event, like a lingering weather pattern.

In the beginning, Francis is just a buffoon. The shrewd Francis at the end seems a different character entirely, and I didn’t quite buy it.  A standout scene – which other critics pointed out – is Henry’s chat with Betsy at the dance. It is inspired. 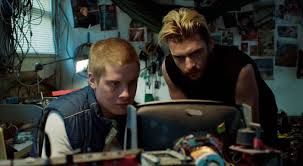 Unlike the other two films, Jackrabbit was not shown in competition. It is another variation on that hoary staple of B films, the post-apocalyptic society, where overlords oppress and isolate the people.

The location is Sector VI, somewhere in the western part of the country, where a corporation, Vopo Technologies, provides for all needs for the population, who perform its labor. The younger ones have no memory of the “catastrophe”(which is never explained) that left the country without power, into a kind of Mad Max primitivism. But Sector VI does have electric power, and the overlords control all communication, claiming that the sector would be overrun if outsiders even knew it existed. The film follows the “underground” rebels, all too young to remember life before the collapse of society.

It opens with the theft of a hard drive by Eric, one of a small group determined to discover the secret behind VoPo’s dominance. He eludes his pursuers, then runs home. We next see his mother finding him drowned in the bathtub, the hard drive clutched to his chest.

The adventure that follows is the attempt of two of his friends, Simon (Josh Caras) and Max (Ian Christopher Noel), to decipher the hard drive, and to discover if there are others in the resistance. They know there is a secret group of rebels who may or may not be in Sector VI, but who want to enlist them in the struggle. Along the way, they meet other inhabitants of the sector, most of whom are dependent on drugs provided by Vopo to maintain order and mass obedience. Max and Simon decide to escape the sector to try to join up with the rebels. But at the last minute, a secret is revealed about one of them that leads to a different outcome.

Director Carlton Ranney, who co-wrote with Destin Douglas, shows ingenuity in the filming of actual locations that graphically suggest a post-Apocalypse America. Nevertheless, I can’t say that the story involved me. The actors kept speaking dense cyber-babble that was meant to expose Vopo’s conspiracy, but I really couldn’t follow most of it, and soon I stopped caring. None of these young people seemed to have passion for anything not on a computer screen; not sex, food or beauty of any kind, and the rebellion didn’t seem to have a point. When Vopo’s chief exec says the sector must be isolated to protect itself from outsiders, it actually made sense.

Another problem, at least for me, is that the filmmakers intentionally left out crucial details, like the reason for the catastrophe, and what Vopo was trying to hide. They did this, I think, because Jackrabbit was always intended as the first of a series of films, with secrets to be revealed in sequels, a la The Matrix. But nothing in the first chapter makes me want to go back there.

Finally, a word about The Room. Those who fondly remember Mystery Science Theater 3000, like myself, may wonder what happened to its creators. Well, they’ve not been idle. The entire rocket crew, Mike Nelson, Kevin Murphy and Bill Corbett, have created Rifftrax, live shows where they make wisecracks about a film that meets their standards for awfulness. At the screening of The Room, a Tribeca special event, we had a grand time as the three sharp funnymen tore into one of the worst films of all time. It’s a cheap, one-set soap opera, written, directed and starring Tommy Wiseau, that would make Douglas Sirk turn in his grave. Set in San Francisco, the acting is aggressively amateurish, especially by Wiseau, and is hilarious precisely because it maintains a tone of high seriousness throughout. It’s so bad that I actually thought Wiseau was in on the live-event idea from the beginning because I didn’t think anybody could actually believe people would not laugh at it. Well, I was wrong. It seems Wiseau completed it in 2003, and presumably felt it would launch his career as an auteur destined for the pantheon. Not quite, but it’s a comedy crowd favorite, and there were many returnees in the audience that night.